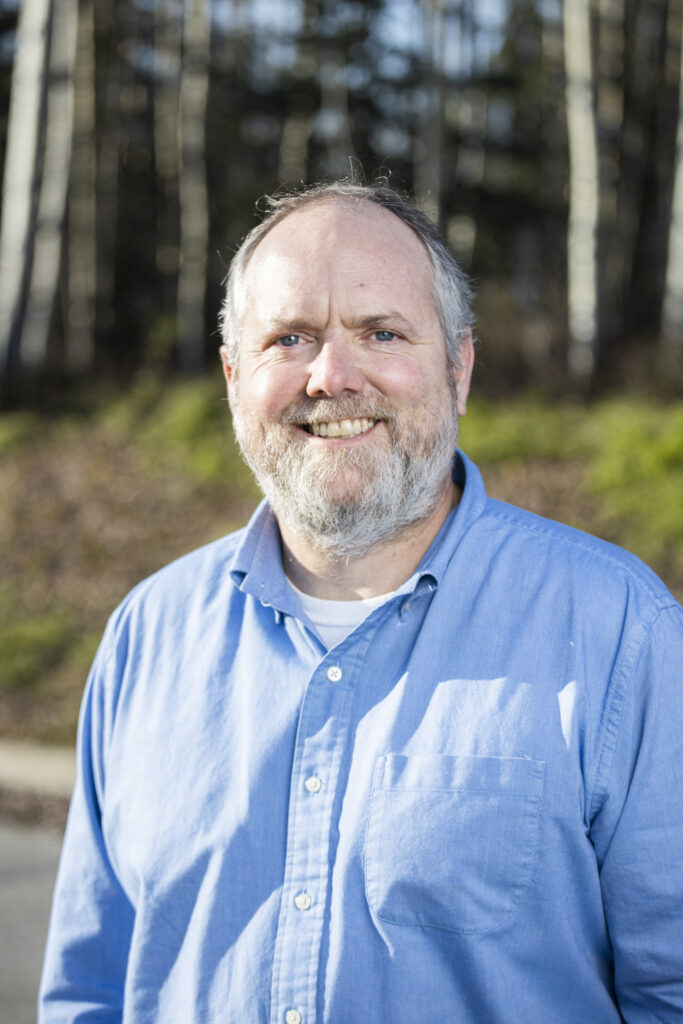 Chris has over 15 years of experience investigating coastal changes and their impacts on people and the environment.   After being a guest student at Woods Hole Oceanographic Institution and receiving his PhD in 2014 from the University of Massachusetts Boston he has served as an Associate Professor of Coastal Geography and the director of the Arctic Coastal Geoscience Lab at the University of Alaska Fairbanks. Chris applies the principles of geomorphology and stratigraphy integrated with high resolution geophysical, geospatial, and sedimentary tools to research and educate about earth surface processes specifically related to the coastal response to climate change, natural hazards, and human impacts.   His current research is broadly focused on understanding how a warming climate will impact the coastlines of the circumpolar north. His research passion is using sediment cores to develop paleo-proxy records of environmental changes spanning multiple spatial and temporal scales.   In recent work in western Alaska, Chris has developed effective partnerships with local and regional tribal and governmental organizations. Through these partnerships community-based erosion monitoring sites have been established in 12 Alaska Native coastal villages leading to citizen-scientist training, the collection of new baseline datasets allowing for the mapping of coastal hazards, and incorporation of new datasets in adaptation and mitigation plans.   These combined efforts are providing the foundation for resilient coastal communities in Alaska. 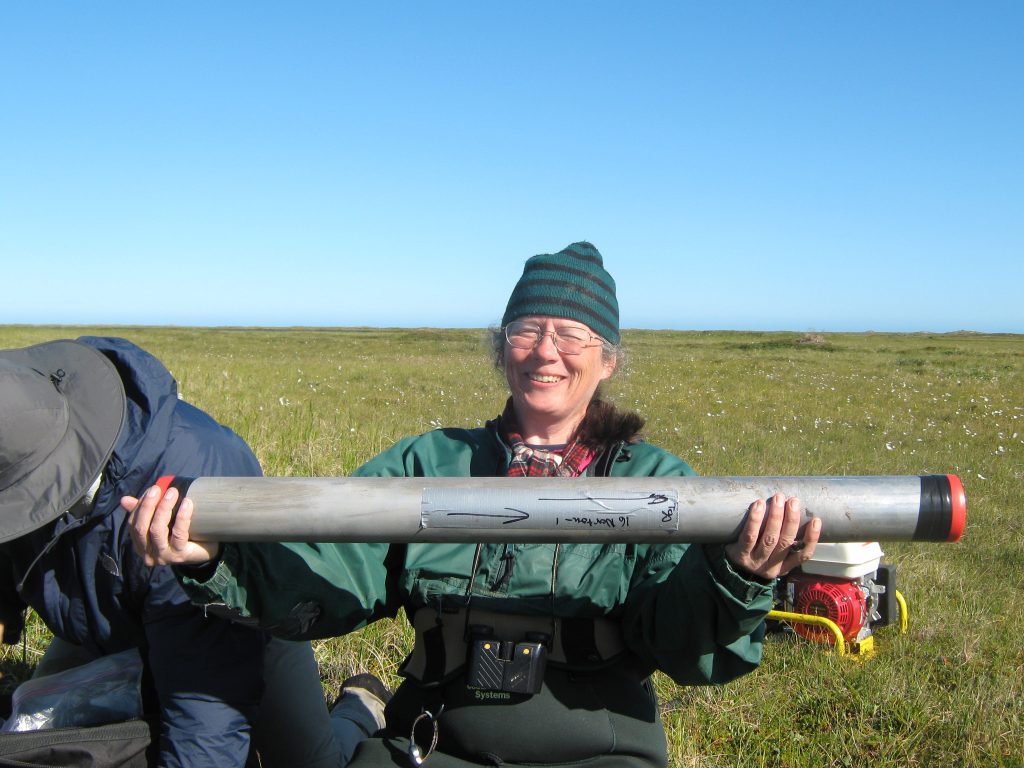 Jessie earned her B.S. in Marine Science at Coastal Carolina University, concentrating in coastal geomorphology. Her research focuses on coastal erosion in the Bristol Bay and Alaskan Gulf regions with community based monitoring methods. Her interests include studying coastal hazards and how they are affecting shorelines throughout the process of global climate change. In the future she wishes to continue working with rural communities in Alaska to study and monitor coastal change and how it is affecting them. 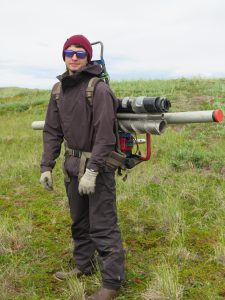 Reyce earned his B.S. in Geoscience at the University of Alaska Fairbanks, concentrating in landscape analysis and climate change with a minor in Geographic Information Systems. Since graduating in 2018, he has been in the graduate program at UAF where his research includes coastal geomorphology, numerical modelling, and oceanography. Reyce in interested in measuring and forecasting the effects of climate change on ocean conditions, which drive coastal change in the Arctic. Reyce has been working with the ACGL for 3 years now. 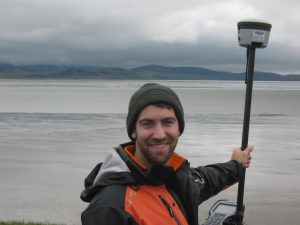 Richard earned his B.S. in Environmental Science and Earth System Sciences at the University of Washington Bothell, where he worked on water quality analysis, performed hazard studies, and studied environmental policy. Through his studies, he found that low-income communities disproportionately suffered from natural hazards, and he began looking into low-cost techniques that could assist communities in mitigation and response. This brought him to UAF, where he began working with many remote Alaska Native villages to install community-based erosion monitoring sites for an Alaska Sea Grant project. He also began collecting unmanned aerial survey data in order to create highly detailed elevation models of the remote villages. After earning his M.S. in Geology and Remote Sensing, he continued to pursue a PhD in Geology at UAF. He has taken a leave of absence for the Digital Coast project with DGGS. When this project ends he plans to continue working on improving state resources for mitigating disasters. 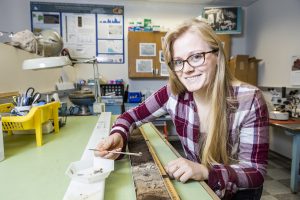 Lindsey earned her B.S. in Geology at Lake Superior State University, with an emphasis on fieldwork and geophysical techniques and instrumentation. Lindsey came to UAF in 2019 and has been part of the graduate program and ACGL for one year. Her research will focus on gamma spectroscopy of Lead and Cesium radioisotopes, preserved in sediment cores. Research goals focus on the potential applications in reconstructing paleoclimate, storm history, climate forecasting, and carbon stock assessments for Arctic coastlines. 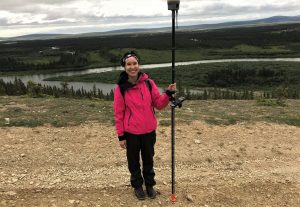 Roberta is a graduate student in the Geoscience department who got her B.S. in Geography at UAF, concentrating in Landscape Analysis and Climate Change Studies. Roberta is IÃ±upiaq and grew up in UtqiaÄ¡vik, a hub for Arctic research. She became interested in how climate change is affecting coastal communities through various mapping and GIS internships. Roberta has been involved with the DGGS Coastal Hazards Program mapping flood and erosion hazards for coastal communities in western Alaska since 2017. She is working toward a M.S. project mapping coastal change in Wainwright and the Bristol Bay region using historical aerial imagery and community-based methods of monitoring erosion. Roberta is interested in developing tools and methods that support community planning and climate change mitigation efforts in rural Alaska. 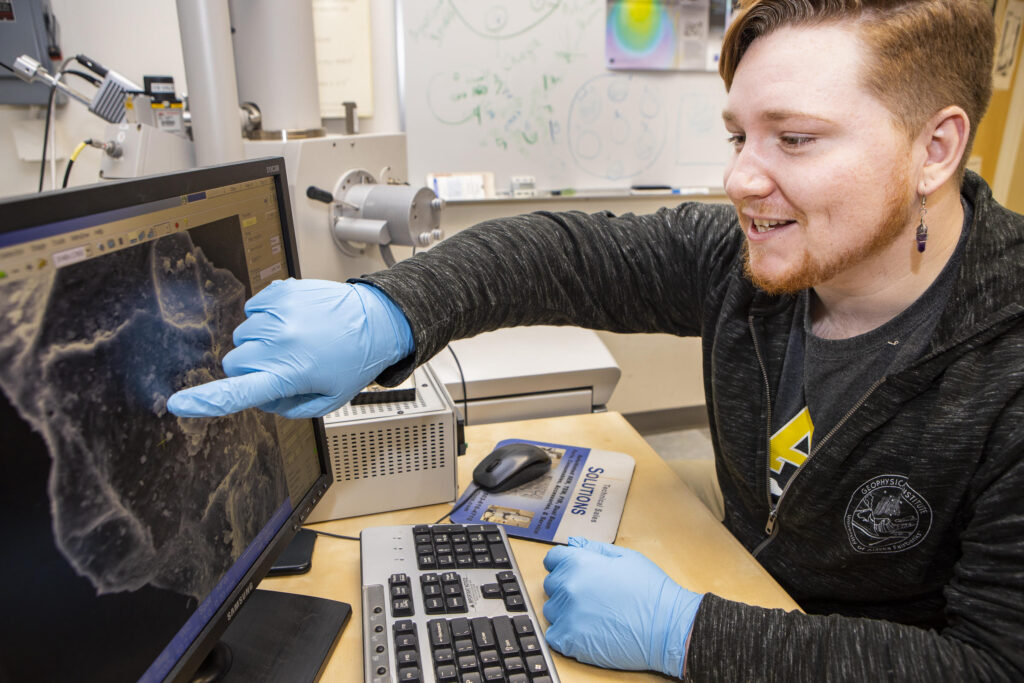 David is current UAF geoscience undergraduate interested in volcanology and natural hazards. As a new sediment core intern in the ACGL, David has been assisting with Lindsey Smith’s lead and cesium radioisotope research while preparing to start his own project. His other research will focus on creating age models for Kodiak Island sediment cores based on carbon-14 age data. David is particularly interested in how the ages and compositions of several tephra layers within the Kodiak cores may help to tell part of the story of Alaska’s recent volcanic past. 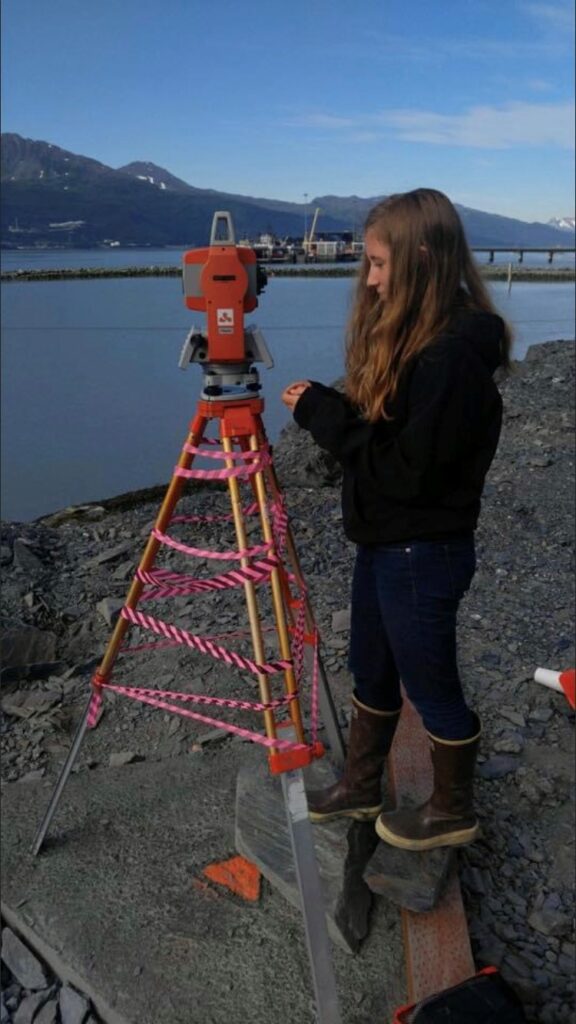 Skye is an undergraduate student majoring in Geoscience with a concentration in Geophysics and a minor in math at UAF. Skye is from Juneau and commercial fishes in Bristol Bay. Skye is interested in researching geologic hazards impacting Alaskan communities. 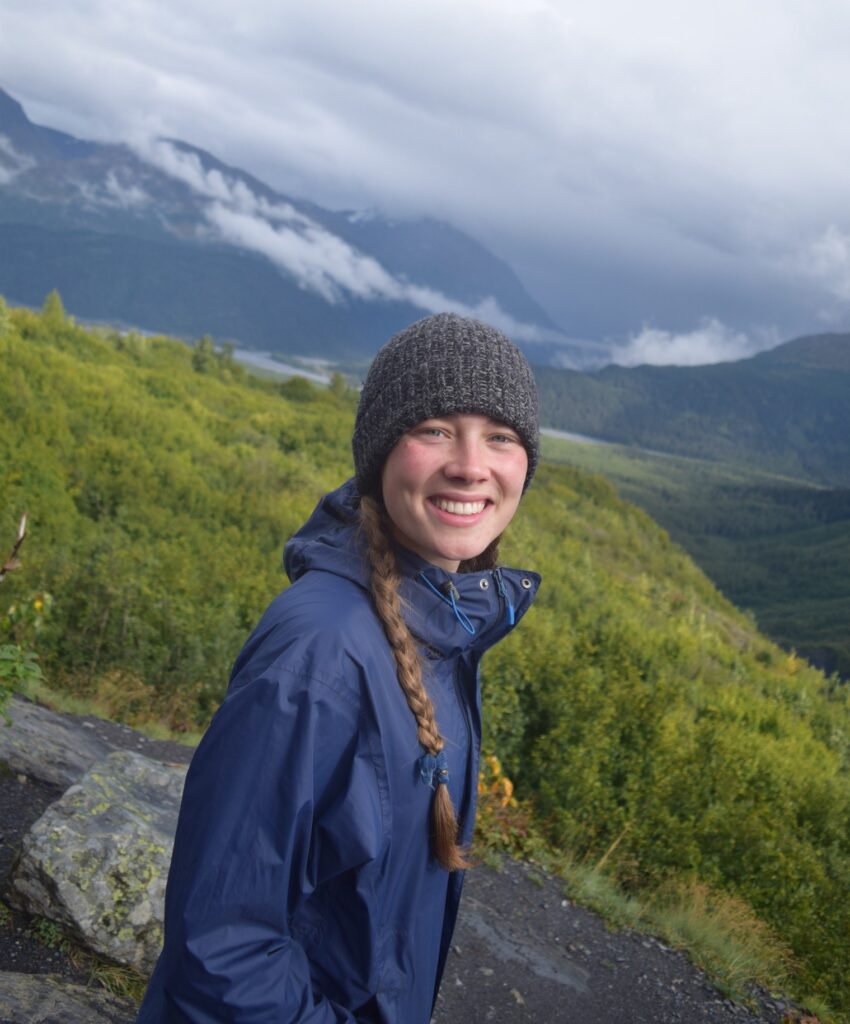 Harper graduated from Middlebury College in 2019 with a joint B.S. in Environmental Studies and Biology and an emphasis on ecological fieldwork and Geographic Information Systems (GIS) methods. In her senior work she used GIS to map tick density at the county-scale, in order to increase public knowledge of tick-borne disease risk. After graduation, she moved to Fairbanks and has worked in a variety of field and office positions, ranging from GIS analysis and mapping for environmental management to botanical field work. Her research interests include environmental justice, interior Alaskan plant communities, and utilizing GIS to increase community health and resilience to climate change. Harper joined the ACGL in the fall of 2020 to contribute to village hazard assessments and manage lab data. 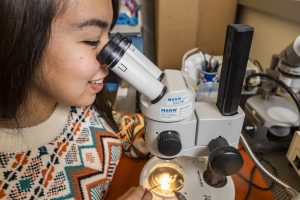 Cheryl earned her B.S. in Geosciences with a concentration in Geospatial Sciences in August 2019. Cheryl is half Yup’ik and half Athabascan, she is currently using her knowledge to help assess coastal changes in rural communities while working at ACGL. She takes advantage of online classes with Esri to further her knowledge in ArcGIS, because the field of geospatial sciences is always developing.  Her lifetime goal is to continue helping Alaskan rural communities in assessing temporal changes while developing strong relationships with those who seek to help them. Outside of work, Cheryl enjoys being outdoors and active. She spends her free time at fish camp, out hunting, out berry picking, and participating in general recreation whether it be her children’s or her own. 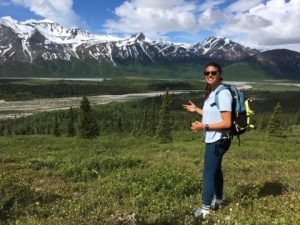 After graduating from Cornell University with a BS in Natural Resources, Shira moved to the Rocky Mountains of Colorado and worked in a variety of jobs from environmental education to ecological fieldwork. She came to Fairbanks in 2018 to begin work on wetland delineations and habitat mapping. Her research interests include geospatial analysis of landscape change and socio-ecological systems. Shira is excited about using her background in education to work with ACGL in enhancing scientific outreach with coastal villages. Outside of work, she enjoys rock climbing, backcountry snowboarding, and traveling. 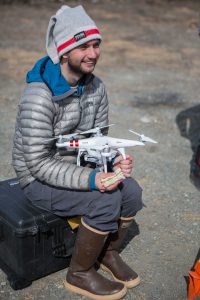 Matthew helped form the ACGL with his research on the Yukon Kuskokwim Delta’s coastal permafrost geomorphology and hydrology. Matthew’s expertise lies in remote sensing, periglacial geology, and, of course, coastal geography. Since graduating with a Master’s in 2017, Matthew has worked for the Alaska Satellite Facility (ASF) creating a hazard monitoring system that provides near-real-time interferograms for earthquakes and volcanoes: sarviews-hazards.alaska.edu. 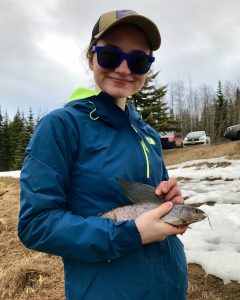 Autumn earned her B.A. in Geography, with double minors in Geographic Information Systems, and Recreation and Guiding Management. Autumn’s research interests include coastal processes and hazards, and in the spring of 2020 she moved to Wilmington, North Carolina to continue her research and earn a M.S. in Geoscience. Once Autumn is finished with her education, she plans to work for a state or federal government agency, where she can continue to monitor coastal hazards. Outside of work and school, Autumn spends her free time downhill skiing, hiking, traveling and fishing. 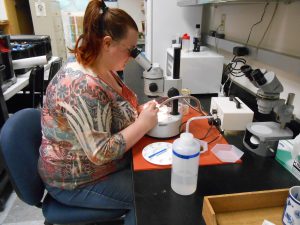 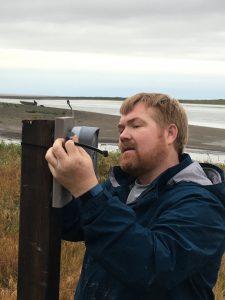